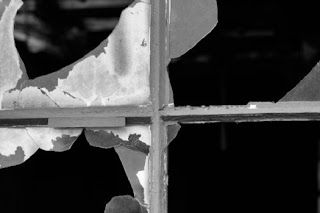 Police are investigating the attacks which happened on May 7, May 20 and May 21, all late at night or in the early hours.
By dan martin

A rabbi's home has been targeted in a series of suspected anti-Semitic attacks.

Rocks have been thrown through the windows of Rabbi Shmuli Pink's house in Leicester, where he lives with his wife Rivkie and their seven children.

A brick was also thrown through the window of his car, parked outside his home near the Orthodox Jewish synagogue in Highfield Street, Highfields.

Rabbi Pink, who leads the city's 400- strong Orthodox Jewish community, said: "It has been an unpleasant experience but we have got the support of other faith groups and we are working very closely with the police.

"We are remaining strong."

Police are investigating the attacks which happened on May 7, May 20 and May 21, all late at night or in the early hours.

They say they are treating the incidents as religiously motivated because of Rabbi Pink's "position in the community".

Councillor Manjula Sood, chairman of the Leicester Council of Faiths, said she was extremely disturbed by the attacks.

She said: "This is completely unacceptable. It should not happen anywhere and especially not in our city, where we pride ourselves on the good relations that exist between faiths.

"Attacks on one religion are attacks on all religions and I hope the police are able to catch the people responsible. I have met the family and they are good people who do not deserve what has happened."

On two occasions the family was at home when the vandals struck.

Lawrence Jacobs, the synagogue's security officer, said: "When you have three attacks in as many weeks there is a reason for that and it looks like they were religiously motivated.

"We have no idea at all who has done it. These attacks were frightening for the children in the house at the time.

"We are very happy with the police response and we hope those responsible will be caught. The police are treating it with a lot of gravity."

Councillor Jeffrey Kaufman, president of the Leicester Progressive Jewish Congregation, said: "I deplore any kind of attack on someone that happens because of their religion.

"I am proud of this city and its tolerance, so incidents like these are all the more upsetting. It is true that there has been a rise in anti-Semitic attacks in recent years, however."

He said the Community Support Trust, which campaigns against anti-Semitism and offers security advice to Jewish communities, had been informed.

Inspector Shane O'Neill, commander of Spinney Hill Park police station said: "We are treating these incidents as religiously motivated due to the victim's position in the community and believe that the incidents are isolated.

"We are working closely with the family, the community and other agencies to resolve this to everyone's satisfaction. If there is anyone who has any information regarding these crimes, we would urge them to contact police immediately."