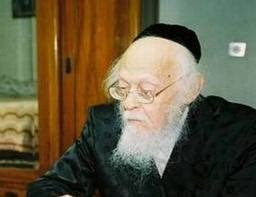 One of America’s leading ultra-Orthodox groups has reaffirmed that its followers must consult a rabbi before going to law enforcement authorities with suspicions of sexual abuse committed by community members.

The admonitions, from speakers at a conference sponsored by Agudath Israel of America, came even though a recent rabbinic edict permits reporting such crimes to secular authorities. A New Jersey district attorney with many Orthodox constituents said the advice given at the conference could be a violation of state law, though that view wasn’t shared by the district attorney for Brooklyn, where many other Orthodox Jews live.

At the daylong “Halacha Conference for Professionals,” held in Brooklyn on May 15, speakers elaborated on a recent ruling by Rabbi Shalom Elyashiv, one of ultra-Orthodoxy’s foremost authorities on Jewish religious law, or Halacha. Elyashiv recently decreed that Jews with reasonable suspicions that a case of sexual abuse has occurred are permitted to go to secular law enforcement authorities, notwithstanding traditional religious prohibitions against mesirah, or informing on fellow Jews.

But at a panel discussion titled “Molestation Issues and Reporting: Current Halachic Thinking,” the panel’s leader, Rabbi Shlomo Gottesman, cautioned that Elyashiv never explained what constitutes “reasonable suspicion.” To establish this, Gottesman said, a person should consult a rabbi “who has experience in these issues” before going to secular authorities.


“If [the rabbi] thinks reasonable suspicion has been met, then you would be allowed to overcome mesirah and report,” said Gottesman, a board member of Torah Umesorah, the National Society for Hebrew Day Schools.

Rabbi David Zwiebel, Agudah’s executive vice president, told the conference that even mandated reporters — teachers, social workers and people in certain other professions who are required by law to promptly report any suspected cases of sexual abuse — should consult a rabbi before going to the police.

“If somebody just comes and makes a claim, that’s not a sufficient basis to invoke the tikkun olam [benefit to society] reason for overriding the general prohibition against mesirah,” Zwiebel elaborated in a telephone interview with the Forward. There must first be “some circumstantial evidence or something that would appear to bolster the claim.”

Zwiebel said that only rabbis who are specialists in the area of abuse should be consulted, though he acknowledged that no registry or designation of such rabbis currently exists. He said Agudah is “looking into developing, at least internally, some sort of database” that could be useful under such circumstances.

Ben Hirsch, president of Survivors for Justice, an advocacy group devoted to fighting what it criticizes as the taboos against dealing with sexual abuse in the ultra-Orthodox community, condemned the Agudath Israel conference as “self serving double talk [that] has destroyed far too many children’s lives.”

The conference guidelines come amid increasing pressure on rabbis in Orthodox communities to give up their long-standing role as gatekeepers between their followers and secular law enforcement authorities in sex abuse cases. In several recent high-profile instances, young victims of sexual abuse were repeatedly ignored by rabbis to whom they turned for help regarding perpetrators, including staff at yeshivas and children’s camps, only to have secular courts ultimately find those adults guilty of abuse.

In one case, during the September 2009 sentencing of a 31-year-old bar mitzvah tutor for sexually abusing two boys, New York State Supreme Court Judge Gustin Reichbach lashed out at the Orthodox community for “a communal attitude that seems to impose greater opprobrium on the victims than the perpetrator.” He termed the role played by rabbinic courts in particular “inappropriate,” saying that these courts were “incapable” of dealing with criminal matters.

Marlene Lynch Ford, the Ocean County prosecutor whose jurisdiction includes the large strictly Orthodox enclave of Lakewood, said that the advice given at the Agudah conference could violate New Jersey law.

“It sounds like the rabbi is functioning as a gatekeeper,” Ford said. “While I realize many people want to consult with a rabbi or a minister in a confidential relationship, the law is incumbent on [all involved], if they have grounds for reasonable suspicion, to make disclosures.”

Ford said that failure to report suspicion of abuse could result in a charge of disorderly conduct. She said that she has never prosecuted someone for failure to report. But, she said, “in cases where people were aware of abuse and sat idly by, we have charged them with child endangerment, a third-degree or second-degree crime, depending upon the circumstances.”

Ford said that, for mandated reporters in her state, “it is not a defense… that a person otherwise obligated to report abuse relied upon the advice of some counselor, teacher or rabbi that it was not necessary to report…. The cultural- or religious-based analysis is certainly separate and distinct from the legal obligation to report.”

Agudah’s position is especially problematic because sexual abuse allegations often involve an element of doubt, Ford said. Most cases, she noted, are brought by either a child who claims to have been harmed or by an adult who was abused some years ago. “The last thing people want to think,” she said, “is that someone is abusing a child.”

Rabbi Yosef Blau of Yeshiva University, a prominent advocate on behalf of survivors of abuse, said he was not surprised by Agudath Israel’s position. “The community is committed to rabbinic authority,” Blau said. “They have difficulty with anything that says, ‘You don’t check with the rabbi first.’”

But Blau, whose school is affiliated with the Modern Orthodox stream of Judaism, said rabbis are ill-prepared to decide whether suspicion of abuse is strong enough to be passed to the authorities. “There is no decent justification why anybody in their right mind should think rabbis are qualified to make that judgment,” he said.

“We are dealing with a community that has standards established a millennia ago,” Zwiebel said. “At the end of the day, as a community that feels itself bound by Torah, it still is the case that we have to think about questions like mesirah and about the relevance of Halacha in determining these kinds of issues.”
Posted by joe levin at 10:07 AM