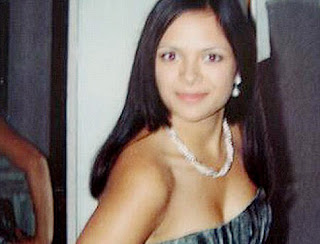 A would-be teen beauty queen was stoned to death after her participation in a Ukranian pageant reportedly infuriated local Muslim youths.

Katya Koren, 19, was targeted by three fellow teens who said her seventh-place finish in the beauty contest was a violation of Muslim laws, according to British newspaper reports.

One of the suspects, identified as 16-year-old Bihal Gaziev, told authorities that he had no regrets about the stoning because the dark-haired Koren "violated the laws of Sharia."

The teen's battered body was found buried in the forest near her village in the Crimea section of the Ukraine. She had disappeared a week earlier.

Koren, described by friends as a stylish dresser, finished seventh in the beauty pageant. The British newspapers said the girl, just like her attackers, was a Muslim.

Stoning became a major international issue last year when an Iranian woman was sentenced to die by the barbaric method after her conviction for adultery.

The woman had killed her abusive, drug-addicted husband - and was sentenced to serve 10 years for the killing. The adultery charge carried the death penalty.

But the woman's life was spared after an international appeal for mercy, including a request from the Vatican for clemency.
Posted by joe levin at 8:59 PM