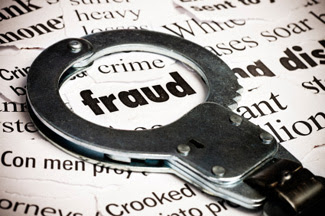 The FBI arrested a Far Rockaway man on Thursday for allegedly defrauding victims out of more than $50 million in a real estate Ponzi scheme.


Gershon Barkany allegedly promised to use large sums of money from at least five victim’s in “risk-free” deals to purchase and then immediately re-sell at a profit large real estate properties located in Manhattan, Queens, the Bronx, and Atlantic City, which did not exist, according to the criminal complaint. He faces a maximum sentence of 20 years’ imprisonment if convicted.

According to the criminal complaint that was unsealed this morning, Barkany induced at least five investors to wire transfer large sums of money supposedly to purchase real estate in Manhattan, Queens, the Bronx, and Atlantic City, New Jersey. According to one of the investor victims, Barkany claimed that the sellers of these properties would only close on the real estate sales contracts after Barkany had located a purchaser who would be willing to buy the property from Barkany at a higher price. In that way, Barkany assured the victim that the real estate deals would be “risk free.”


In fact, the real estate deals did not exist. As part of Barkany’s Ponzi scheme, he diverted some of the funds he received to pay investors whom he had earlier defrauded. The defendant also lost some of the funds in gambling and otherwise used the money for his own benefit.

“Barkany’s victims sought the security of investing in real estate. Instead, they were taken for millions by the defendant’s lies and deception,” said United States Attorney Loretta E. Lynch. “As alleged, the promised high returns were only for him, as he used his victims’ money to gamble and keep his scheme afloat. [Thursday’s] arrest demonstrates the Department of Justice’s commitment to investigate and prosecute financial crimes.”


The investigation is continuing.
Posted by joe levin at 9:13 AM