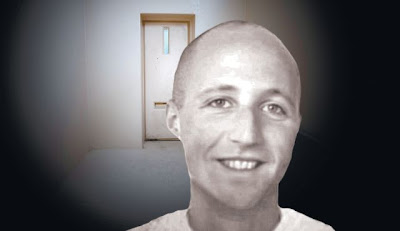 lleged Mossad agent Ben Zygier, known as Prisoner X before committing suicide while jailed solitary confinement, handed Hezbollah sensitive information that led to the arrest of Lebanese agents in Israel's service, according to previews of an expose to be released by Der Spiegel on Monday.


The German news weekly alleges that before his death in an isolated Israeli prison cell, Zygier managed to transfer to Hezbollah the names of two Lebanese agents also operating at the Mossad's behest. The two Lebanese agents, Ziad al-Homsi and Mustafa Ali Awada, were subsequently arrested in May 2009 and sentenced to lengthy prison sentences for espionage.

The article, which cites an internal investigative report obtained by Der Spiegel, brands Zygier as "Israel's biggest traitor" and describes how the "Zionist turned into a defector."

According to Der Spiegel, Zyiger was recruited into the Mossad in 2003 and assigned to work with European companies doing business in Iran and Syria. But the Israeli intelligence agency wasn't pleased with his work, and in 2007 ordered him to return to Israel. Zygier quit the Mossad in 2008 and went home to his native Melbourne, Australia.

Zygier was arrested in February 2010 and charged with security offenses that have not been made public A judicial inquiry in Israel found that Zygier hanged himself on December 15, 2010 with a sheet tied to the bars over a window in the bathroom of his cell. The father of two, who immigrated to Israel in the mid-1990s and served in the Israel Defense Forces, was 34 when he died.

Australia's Foreign Minister Bob Carr in early March said for the first time that Zygier, who died in a maximum-security Israeli prison, had been working for Israel's government, but stopped short of confirming he worked for the Mossad security service.

Carr ordered an investigation into the case, saying he would ask Israel's government to explain how Zygier managed to kill himself while under tight supervision. His death fueled conspiracy theories in both countries. Israel says it is investigating possible negligence by prison guards.

Much of the details in Zygier's case remain under gag orders in Israel.
Posted by joe levin at 9:01 AM