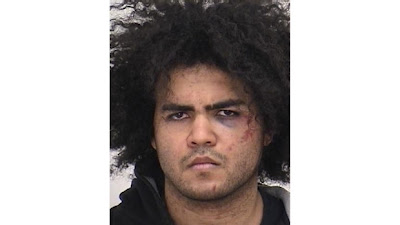 Toronto police have charged a neighbour in the abduction and sexual assault of a four-year-old on Boxing Day.

The 28-year-old Toronto man lived in a basement apartment next to the house from which the girl was taken, police sources confirmed.

Ryan Belbin, 28, has been charged with break-and-enter, abduction of a person under the age of 14, sexual assault and sexual interference.

Police say an intruder entered a house near Bathurst Street and Wilson Avenue around 3 a.m. on Dec. 26. The man allegedly brought the girl outside the home while her family slept and sexually assaulted her before fleeing. Within minutes, her family noticed her absence and she was later found wandering around outside.

The girl had been visiting Toronto from Connecticut to celebrate Hanukkah with her grandparents.

Although he was arrested and charged on Saturday, his identity has been under a publication ban.

“We sought legal advice and we were told that we ought to release his name, age and the charges,” Constable Tony Vella said Wednesday.

However, Constable Vella said the police couldn’t comment on whether the accused was previously known to the police.

Police were told the intruder was a complete stranger to the family in December.

Police believe there may be more victims.

“Abduction is a rare type of crime, but we just want to be careful, and ask any who had contact with him, to get in touch with us,” Constable Vella added. The short-lived publication ban, which shielded Mr. Belbin's identity, was unusual.

During his first court appearance on the weekend before a justice of the peace, his lawyer requested the ban and the Crown agreed.

In its initial news release on Sunday, the Toronto Police Service said Mr. Belbin's name was being withheld because its release might compromise the ongoing investigation.

On Tuesday, police reiterated that after seeking legal advice, "we are not permitted to release the accused's name or photo."

But then on Wednesday afternoon, after further legal consultations, the prosecution reversed itself and told the court it was no longer seeking to have Mr.

Belbin's name protected. Together with his arrest mug shot, it was released by police a couple of hours later.

The Globe And Mail
Posted by joe levin at 4:00 PM

Email ThisBlogThis!Share to TwitterShare to FacebookShare to Pinterest
Labels: The Globe And Mail