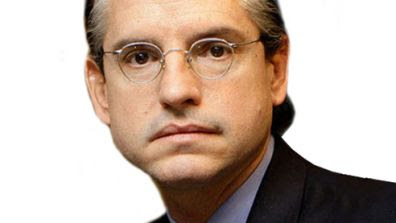 Media Matters chief David Brock paid a former domestic partner $850,000 after being threatened with damaging information involving the organization’s donors and the IRS – a deal that Brock later characterized as a blackmail payment, according to legal documents obtained by FoxNews.com.

In an acrimonious lawsuit settled at the end of last year, Brock accused William Grey of making repeated threats to expose him to the "scorn or ridicule of his employees, donors and the press in demanding money and property." Brock claimed in legal papers that he sold a Rehoboth Beach, Del., home he once shared with Grey in order to meet Grey’s demands, which he called "blackmail" in the lawsuit.

Brock, 49, heads the non-profit Media Matters for America, which bills itself as a watchdog of the conservative media but has recently come under fire for allegedly coordinating with Democrats in what could be a violation of its tax-exempt status.

Brock’s bitter legal battle with Grey, who is described in a Sept. 14, 2010, police report obtained by FoxNews.com as his domestic partner of more than 10 years, began after Brock began dating Washington, D.C., restaurant impresario James Alefantis about five years ago. For the next three years, Brock and Grey traded angry accusations, which were documented in the police report and were the foundation of a pitched legal battle replete with charges of blackmail, theft and financial malfeasance.

Alefantis was also named as a defendant in Grey's lawsuit.

In his response to Brock's lawsuit, Grey "denies that he committed any "acts of blackmail."

Grey threatened to go public about Brock and Media Matters' finances after he accused Brock in a civil suit filed in Washington of taking $170,000 in possessions, including an $8,000 Louis Vuitton suit bag, paintings, a rug, a chandelier, a painted bust of a Roman soldier and a pair of carved wooden chairs upholstered with purple fabric. Those possessions were displayed in the Washington townhouse where the couple entertained liberal movers and shakers in happier times.

Brock took Grey’s threats seriously and called police in 2010. In the police report, filed by Metropolitan Police as a stalking incident, Brock accused Grey, also 49, of attempting to blackmail him with a series of emails threatening to "release specific derogatory information about [Brock] and his organization to the press and donors that would be embarrassing to him and cause harm to the organization …"

Some of those emails came out as the lawsuit, filed by Grey on Jan. 28, 2011, wound its way through Superior Court of the District of Columbia last year.

"Please finish this today so I don’t have to waste my time emailing anyone – Biden, Coulter, Carlson, Huffington, Drudge, Ingraham," Grey wrote in a 2008 email.

"Next step is I contact all your donors and the IRS," Grey wrote in an email dated May 19, 2010. "This is going to stink for you if you do not resolve this now."

Brock said in court papers that he paid Grey "under duress."

On March 8, 2011, Brock filed his own suit against Grey for more than $4 million, demanding Grey return the $850,000, plus pay millions more in punitive damages. The two settled two months ago under terms that remain confidential.

Paying off Grey may not have been easy for Brock, even with his salary of nearly $300,000 at Media Matters. Records show Brock had pulled massive amounts of equity from the six-bedroom Rehoboth Beach house as its value skyrocketed during the real estate bubble.

Sussex County property records show he took out a $273,000 mortgage to buy the pale yellow colonial and carriage house for $606,666 in 1995. As the converted inn, built in 1793, continued to rise in value, Brock refinanced his loan on at least two occasions. Records show he had a $1.44 million mortgage on the property, as well as two more loans against the home totaling just over $500,000.

Records indicate that Brock had paid off the two smaller loans at the time of the sale.

Within a year of selling the house, Brock apparently had second thoughts about paying off Grey. In the civil suit, Brock accused Grey of three counts of blackmail, citing a statute that defines blackmail as threatening "to expose a secret or publicize a fact, whether true or false, tending to subject any person to hatred, contempt, or ridicule, to impair the reputation of any person."

He countersued to get his $850,000 back, plus $500,000 for each of three counts of alleged blackmail, and another $2 million in compensatory damages based in part on what Brock’s lawyers called abuse of the judicial system and legal fees.

Grey, who relocated to Massachusetts, declined to comment when contacted by FoxNews.com. Brock and Alefantis remain in Washington, where Brock has released a new book attacking Fox News. He is also under scrutiny from several members of Congress amid reports Media Matters for America is in possible violation of IRS laws governing nonprofits.

The Rehoboth Beach home was torn down months after Brock sold it, amid much community opposition, so the buyer could divide the parcel and build two homes. It remains a vacant lot.
Posted by joe levin at 9:09 PM