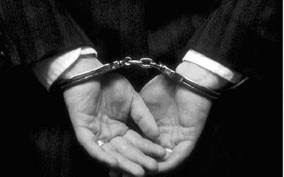 A Joburg businessman and member of the Jewish community arrested in front of his wife and four children, shortly before the start of the Sabbath, is to receive nearly R123 000 in compensation from the minister of police, in his official capacity.

The police at first insisted no wrongdoing on their part in the arrest and subsequent incarceration of Steven Weinberg. But shortly before evidence was led in the Pretoria High Court, the minister’s counsel said that police were liable for all the damages suffered by Weinberg.

Judge Brian Southwood not only ordered that Weinberg was to receive the damages, but he also slapped the police with a punitive costs order, for which the taxpayer will also have to fork out.

This is because the police prolonged the case, while they knew they had no defence. Counsel for the police arrived at court on two occasions without any witnesses to back their case. The judge said this conduct could be characterised as vexatious.

The circumstances of the arrest were insulting, degrading and demeaning, he said.

Weinberg testified how he was arrested and cuffed in front of his wife and children and pulled out of the house to a waiting police van. This was while about 30 members of the Jewish community passed by his house on their way to the synagogue.

He was arrested on a charge of assault and held in a dirty police cell for several hours.

Weinberg said he had to spend R47 942 on legal costs before he was acquitted when the magistrate found that the evidence of the man he was said to have assaulted was “illogical”.

Weinberg’s problems started on Friday, May 27, 2005, when police arrived at the house and arrested him.

At the Norwood police station he asked for water to drink, and was given a dirty glass. He was then locked up in a cell with two other men. There were no toilets and only a couple of blankets on the floor.

He was told to urinate in a drain.

Weinberg was given bail at 11 that night, but not released immediately.
Posted by joe levin at 4:43 AM