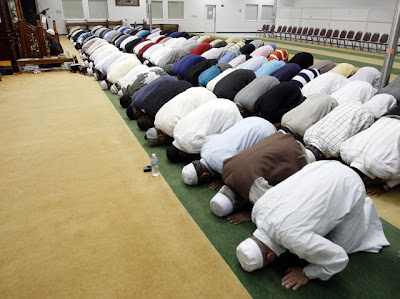 NEW YORK - New York's mayor offered a robust defense Friday of a secret police department effort to monitor mosques and Muslim businesses and student groups in several states, following a week of criticism from college administrators and politicians who said the intelligence-gathering pried too deeply into the lives of law-abiding people.

Speaking on his weekly radio show on WOR-AM, Bloomberg declined to discuss details of the anti-terrorism programs, detailed in a series of stories by The Associated Press. But he said the intelligence-gathering was "legal," "appropriate" and "constitutional.

It was a more vigorous defense of the police department -- and a more dire picture of the dangers faced by the city -- than he offered just days ago, before the criticism intensified.

Bloomberg said the efforts were vital to protect the city, which took the brunt of the 9/11 attacks and also witnessed the 1993 bombing of the World Trade Center.

As he has previously, the mayor denied that the department's monitoring of Muslims not suspected of any crime amounted to spying. Instead, he suggested that the department's intelligence-gathering efforts -- which involved photographing mosques, eavesdropping on conversations inside shops, and keeping files on Muslims who Americanized their names -- amounted to looking around, "just to kind of get familiar with what's going on."

We don't target individuals based on race and religion," he said.

His remarks came at the end of a week that started with the police department coming under harsh criticism from several college administrators, including the president of Yale University, after the AP revealed that police agents had monitored Muslim student groups around the Northeast and had sent an undercover agent on a whitewater rafting trip with one group of college students.

More criticism came from public officials in New Jersey after another AP report detailed a secret effort by the NYPD to photograph every mosque in Newark and catalog Muslim businesses.

Officials in three states have traded accusations over who knew what about such NYPD programs.

Critics have said it isn't appropriate for the police to spy on law-abiding citizens without reason to believe they have committed a crime. Newark Mayor Corey Booker was among several New Jersey officials who said they were surprised and concerned to learn that the NYPD had broadly monitored Muslims and mosques in that state.

Bloomberg has been unapologetic about the police department's efforts, and he said again Friday that the NYPD would continue to do "everything that the law permits us to do" to detect terrorists operating in the U.S. before they have a chance to act, even if those activities turn out to be unpopular.