Suspect in court. Had affair with teacher 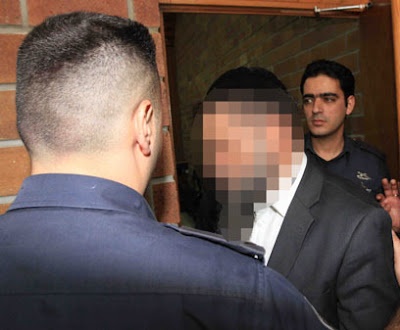 The Kfar Saba Magistrate's Court on Thursday extended the remand of the principal of a haredi school for girls in Netanya who is suspected of sexually assaulting students. The suspect denied the allegations.

Meanwhile, the family of a 20-year-old teacher at the school complained that the principal had abused his power to have sexual relations with her, Ynet learned.

The suspect, 47, is a prominent figure in Netanya. He was arrested earlier this week after two former students at the establishment filed complaints against him saying he sexually assaulted them. Police suspect him of indecent acts, sodomy, sexual misconduct, nonconsensual sex and rape. The acts involved both minor and adult victims.

During the remand hearing, the police also claimed that the suspect performed the crimes while taking advantage of the mental state of one of the students. The suspect is claiming that elements at the foundation that sponsors the school, which he heads, are trying to undercut him and have even sent bullies to intimidate him. He claims he only ever helped his students.

Judge Miri Ben Ari said that the investigation materials suggest there is reasonable suspicion and that there were sufficient grounds for arrest. She nevertheless decided that the suspect's remand be extended by six days and not 15 as the police requested.

"This is a very complicated investigation," a police source told Ynet. "There is suspicion that very serious crimes were committed, not only in the sexual context." He said that it is suspected that many individuals who knew about the abuse failed to report it as required by law in cases of assault of minors.

Some details of the affair were exposed a year ago when a Netanya resident who helps haredi girls filed a police complaint based on what the girls told her of the abuse. Police however decided to arrest her for impersonating a psychologist and later quashed one of the cases.

Reuven Somech, a former police detective, was one of the officers who exposed the affair. He was called to testify on Thursday and handed over evidence against the suspect, including his exchanges with the teacher he allegedly had sexual relations with.

Officers also claimed testimony from the teacher and her brother. Her family presented the officers with photos showing her and the suspect in intimate situations.
Posted by joe levin at 3:55 PM