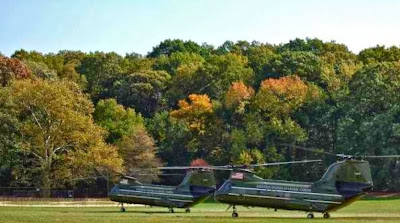 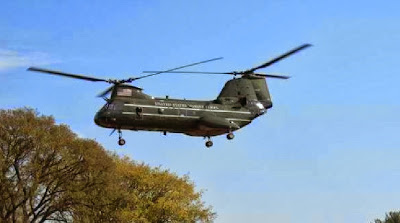 President Barack Obama’s visit to a high school in Brooklyn will result in the closure of Prospect Park for six hours, between according to the park’s website, Politicker reports.

“Prospect Park will be closed on Friday, October 25 from 12 – 6pm due to security associated with the President’s visit. We apologize for any inconvenience,” a notice reads.

A Parks Department spokesman confirmed the entire 585-acre park will be closed for the stretch.

Mr. Obama is scheduled to visit the Pathways in Technology Early College High School (P-TECH) in Crown Heights, which appears to be roughly two miles away from the park.

A Park Slope blog reported Tuesday that helicopters were landing in Prospect Park, in what seems like Looks like a test landing in preparation for President Obama’s visit. Local photographer Tom Prendergast captured shots of the U.S. Marine

Corps choppers setting down in the middle of the park.