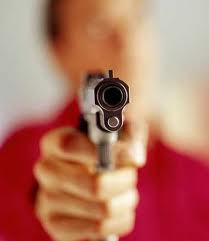 CROWN HEIGHTS — Earlier today a 10-year-old Jewish boy was mugged at gunpoint while on his way home from school.

The terrifying incident took place at around 4:15pm in front of the Laundromat on Crown street and Troy Avenue, where the boy was suddenly grabbed from behind and was told calmly “don’t scream, I have a gun…” and the mugger pressed a hard object into his back “…can you feel it?” paralyzed with fear the boy nodded, “hand over your phone, and then keep walking away calmly and do not yell, if you do I will shoot you.” And the mugger ran off.

Shocked and stunned the boy ran home where he told his mother what had happened, and she called 911.

Together with police the family tried to find the mugger, who made off with the kids iPhone, but were unsuccessful and he got away. After the mother and her son went down to the police precinct to be interviewed by detectives.

The boy was walking home because Oholei Torah does not provide bus transportation to the 5th grade an up; parents are required to make transportation arrangements on their own.

This incident is the second time a Jewish child was the target of a strong armed robbery in less than a week. In the last incident a 10 year old was beaten and his backpack was stolen,
Posted by joe levin at 7:57 PM