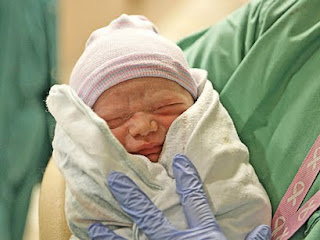 Manhattan, NY - A defense attorney has filed what is almost certainly the first ever “writ of possible ‘simcha.’”

But first, a little background regarding all the meshugas that has since ensued.

In 2009, Bennett M. Epstein, a Manhattan solo-practitioner—and, as is relevant for this story, a Modern Orthodox Jew—was assigned to represent Mark Barnett, a loan officer at Golden First Mortgage Corp. charged by the Southern District U.S. Attorneys office with participating in a $5.6 million mortgage-fraud conspiracy.

After several delays and postponements, Mr. Barnett’s trial was scheduled for Nov. 29 before Southern District Judge Kimba Wood. He faces a maximum sentence of 30 years on each of two counts.

Mr. Epstein, meanwhile, is expecting a mazel tov about a week into the three- or four-week trial: His daughter, Eva, is due to give birth to her first child on Dec. 3.

In a pretrial motion he termed a “writ for a possible simcha”—the Yiddish and Hebrew term for the “celebration of a happy event”— Mr. Epstein wrote, “They do not know whether it will be a boy or a girl, although from the oval shape of Eva’s tummy, many of the friends and family are betting male (which I think is a mere ‘bubbemeiseh’ but secretly hope is true).”

In a footnote, Mr. Epstein added, “As you may have already guessed, [bubbemeisehis] Yiddish for ‘old wive’s tale.’”

Under Jewish Law, a newborn boy’s bris must take place during daylight hours on the eighth day after his birth, Mr. Epstein wrote, and the “eighth day after December 3rd could be right in the middle of the trial.”

“My presence at the bris is not strictly commanded,” he wrote, “although my absence will never be forgotten by those that matter.”

Mr. Epstein therefore asked for a possible day off. If the baby is a girl, he noted, “There will be happiness, though muted, and this application will be mooted as well.”

Last week, Judge Wood gave Mr. Epstein permission to take the day off “in the joyous event that a son is born.”

“But the court would like to balance the scales,” Judge Wood wrote, in a handwritten order. “If a daughter is born, there will be a public celebration in Court, with readings from poetry celebrating girls and women.”

In addition to getting the day off, Mr. Epstein is now in the midst of his own 15 minutes of Internet fame. The Wall Street Journal’s Law Blog posted an item about the letter, as did The Atlantic (“This is incredibly charming and progressive on Kimba Wood’s part”), the Jerusalem Post and, of course, RabbiJason.com.

Mr. Epstein said he has received dozens of phone calls and e-mails, from friends and strangers.

In a phone interview yesterday, Mr. Epstein said that he has appeared before Judge Wood several times, and did not think the light tone of his letter, or his “secret hope” for a boy, would offend.

“It was tongue in cheek and also heart on sleeve,” Mr. Epstein said. “I think she has a sense of humor.”

Mr. Epstein said he has also begun to prepare for the celebration of girls and women in Judge Woods’ court, just in case.

“There’s a poem from the book of proverbs, ‘aishes chayil,’” Mr. Epstein said. “It’s read on Friday nights, and at weddings grooms sing it to brides. It’s a beautiful poem that honors the role of women.”
Posted by joe levin at 8:34 AM