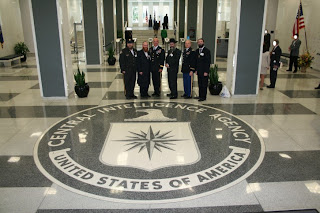 Washington - Several Rabbis were participants last week at a Public Safety Chaplains Conference in Washington, D.C. The Conference, which invited Chaplains from the U.S. Military, and from federal, state, and county agencies, was held at the CIA Headquarters Complex in Langley, Virginia. The seminars were attended by Incident Commanders, Public Safety, and Military Chaplains.

The day-long training session featured a Keynote Address by the Honorable Leon E. Panetta, Director of the CIA. Mr. Panetta’s talk touched on his own youth, religious training, and the need for spirituality in the everyday workplace. The director spoke emotionally of the recent episode of a suicide bomber murdering 7 members of the Agency in Afghanistan, and the immediate and effective response of the chaplains. Mr. Panetta was warmly received by the Chaplains, and received a standing ovation at the conclusion of his speech.

The chaplains also heard from Major General Karl R. Horst, Commander of U.S. Army Military District of Washington and Joint Force Headquarters. Major General Horst, a graduate of West Point, and an experienced career battle-soldier, emphasized the need for commanders to include chaplaincy in their daily routine. The general related in several episodes, how the chaplains have become a crucial and integral part of the life in the military, especially during battle times.

The chaplains toured the CIA Headquarters, and were able to arrange a Mincha Minyan as a first ever Minyan in this location.
Posted by joe levin at 7:40 AM