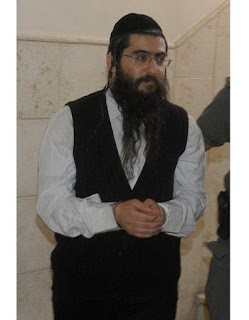 JERUSALEM - A self-proclaimed rabbi who counseled his followers to commit horrific acts of child abuse was convicted of abusing several children who lived with him.

Elior Chen was convicted by Jerusalem District Court on Tuesday for abusing the eight children of the woman with whom he lived, a follower whose husband had given her over to the charismatic leader, according to reports. The conviction follows the sentencing of four of his followers to up to 20 years in prison each on similar charges.

Chen fled Israel for Canada and then Brazil in 2008, and was extradited back to Israel several months later, after he counseled his followers to severely beat and burn the children in order to rid them of the devil. Some of the children were forced to drink alcohol and turpentine until they vomited, and eat their own feces. They were often locked in suitcases and other small spaces.

Some of the abuses resulted in serious and life-threatening injuries; one child has been in a persistent vegetative state since suffering abuse at the hands of Chen. The children's mother is serving a five-year jail sentence for her involvement
Posted by joe levin at 4:06 PM