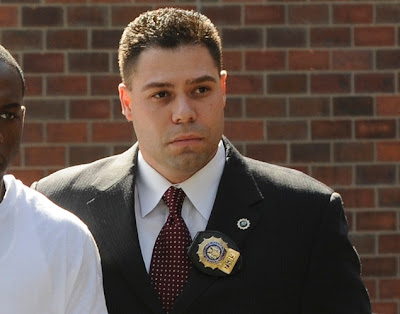 A veteran NYPD detective who allegedly moonlighted as a member of a burglary crew was busted for a Long Island home break-in, authorities said yesterday.

Manhattan Special Victims Unit cop Rafael “Ray” Astacio was allegedly caught red-handed, along with three others, stealing jewelry from a Lindenhurst house while the owners were at church, law-enforcement sources said.

The 14-year NYPD veteran and three alleged accomplices were trying to make off with about $2,500 in jewelry, home owner Anastasios Matheos, 64, told The Post.

Investigators had already been tailing Astacio because they were eyeing him for other heists, sources said.