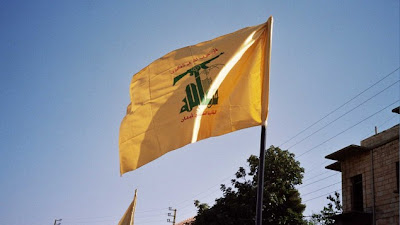 The State Attorney’s Office on Sunday indicted Jerusalem resident Issam Hashem Mashahara for spying on Israel on behalf of Hezbollah, a Lebanon-based terrorist group. The 38-year-old Israeli-Arab bus driver is a resident of Jabel Mukaber, an Arab neighborhood of East Jerusalem.


According to the indictment, filed to the Jerusalem District Court, in June Mashahara traveled to Lebanon with his wife via Jordan. While in Beirut, he initiated contact with Hezbollah by introducing himself to a guard at a graveyard where many Hezbollah members are buried.

The next evening he met with Hezbollah agents in the graveyard and was blindfolded and taken, with his agreement, to a Hezbollah office, where his belongings were taken away and he was extensively interviewed.

During this interview Mashahara gave them information on the location of possible targets in Jerusalem, including the residence of the prime minister. He was also asked about sensitive sites in Tel Aviv and Haifa but said he was unfamiliar with those cities.

His items were returned to him and he was released. The next day, he met the agents again and was taken, blindfolded, to meet a computer expert. Mashahara allegedly received encryption software — designed to look like a children’s DVD — in order to keep in contact with the organization upon his return to Israel, and about $1,500 in cash to aid him in carrying out his espionage activities.

Back in Israel several days later, he purchased a laptop and, per his instructions, set up a special Facebook account to continue his activities with Hezbollah.

According to Hebrew media reports, he was arrested on October 24 and has confessed to his work with Hezbollah.
Posted by joe levin at 7:53 AM