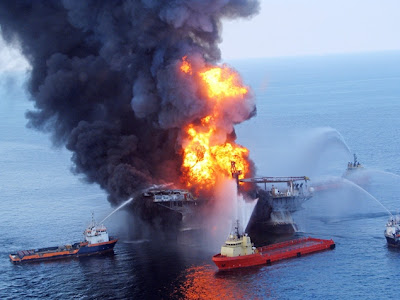 NEW ORLEANS — The Justice Department said on Tuesday it filed the first criminal charges in the Deepwater Horizon disaster in the Gulf of Mexico, accusing a former BP engineer of destroying evidence.

Kurt Mix, of Katy, Texas, was arrested on two counts of obstruction of justice.

The Justice Department says the 50-year-old Mix is accused of deleting a string of 200 text messages with a BP supervisor in October 2010 that involved internal BP information about how efforts to cap the well were failing.

BP officials did not immediately respond to emails seeking comment.

On Wednesday, a federal judge in New Orleans is expected to consider a motion to approve a $7.8 billion civil settlement between BP and a committee of plaintiffs in a civil case.


The BP-leased rig Deepwater Horizon exploded the night of April 20, 2010, killing 11 workers and setting off the nation’s worst offshore oil disaster. More than 200 million gallons of crude oil flowed out of the well off the Louisiana coast before it was capped.