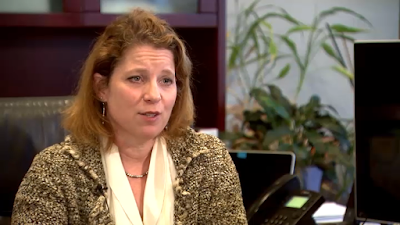 A libel lawsuit against a formerly anonymous Rockland blogger is now raising some First Amendment concerns after the writer's identity was outed in court and the case kept sealed.

For two years, Rockland corporate fraud attorney Julie Globus has been writing anonymously about alleged crimes and misdeeds in the Rockland Hasidic community under the blog name "Lost Messiah."

"I have this weird ability to connect dots and find dots," she says.

Earlier this year, those "dots" led Globus to the state Supreme Court in a libel lawsuit that outed her identity, filed by Brooklyn based real-estate titans Louis and Joel Kestenbaum, for two articles she wrote about them in 2016.

"There were underlying lawsuits that were cited and there was an underlying article that was cited, all of which, at the time, I viewed as credible,” said Globus.

Globus' attorney calls the case a "triple assault" on the First Amendment, with the "unmasking" of her identity, the alleged failure to prove malicious intent and the court’s sealing of the case.

"In American law, litigation is supposed to be out in the open so the public can monitor what's going on,” says Volokh.

According to statements made by Kestenbaum's attorney, unsealing the case would "re-victimize" his clients.

Volokh disagrees, saying, “Secrecy is seen as even more dangerous because it increases the risk that the judicial process won't go the right way."

A Supreme Court judge is currently reviewing arguments about whether or not to unseal the case.