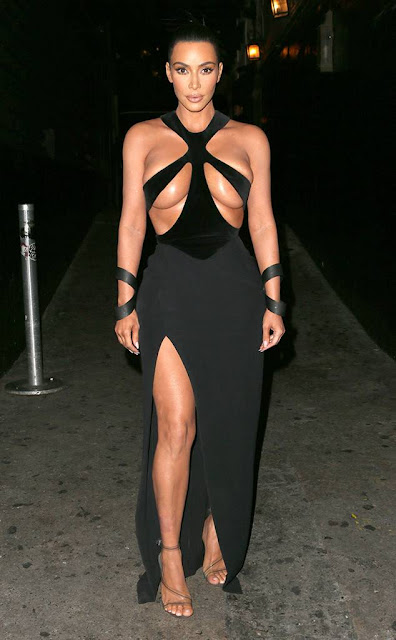 American reality television star Kim Kardashian will return to Israel next month to promote her partnership with an Israeli eyeglass company and film an episode of her hit TV show, Hebrew media reported Tuesday.

Kardashian will be in Israel mid-March for a four-day visit with her husband, rapper Kanye West, children and her sister Courtney and family to film an episode of her show, ‘Keeping Up with the Kardashians,’ Channel 12 news reported.

The actress, model, and entrepreneur is partnering with the local firm Carolina Lemke, part-owned by Israeli model Bar Refaeli. Kardashian invested $30 million in the company and the two are launching a new line of glasses for the American market with Kardashian branding.

Kardashian, of Armenian decent on her father’s side, first came to Israel in 2015 to baptize her daughter North in an Armenian church in Jerusalem’s Old City.

That event was also part of a reality show episode in which she visited Armenia and Israel before returning to Los Angeles.

The star has given birth to two more children since her last visit to Israel, and the family might use the opportunity to baptize son Saint and daughter Chicago, Channel 12 speculated, as well as another child expected shortly via a surrogate mother.

The family will arrive in time for the Jewish holiday of Purim. A large Purim party is in the schedule at which some lucky fans might get to attend. Kardashian, who considers herself to be religious, is expected to visit Christian holy sites.

Kardashian is friends with Refaeli and the two had been discussing the glasses company at a dinner.

“We were talking about how they should launch in the US because they hadn’t done that yet, and we all loved the idea [of a collaboration], so it just magically came together,” Kardiashian said in a Vogue Magazine interview.

Kardashian will return to America to launch her own collection for the Israeli company.

“It will mark the brand’s official expansion into the US market and should practically make Carolina Lemke a household name overnight,” Vogue reported.